I just bought another glossy gossip tabloid because it has an article about Kourtney Kardashian and her baby-daddy in it.  This is getting to be expensive habit and it’s causing me to read lots of extraneous Hollywood gossip like how Kelly Osbourne lost weight (my guess: she washed off half a ton of eyeliner and immediately felt lighter.)

But the Kardashian fetish is getting a little out of control and I need to delve into it a bit.  Here’s my real deal: I’m jealous as hell of her money.

Yeah, yeah, yeah, we’re all jealous of rich people’s money.  And I’m not exactly living in a box or eating Ramen every night so I really shouldn’t complain about money problems but I’m going to anyway because a lack of money is what stands between me and a second child.

I would love a second child.  I would love another shot at pregnancy, another chance to experience a newborn only this time without all the anxiety and stupid, misplaced expectations. I would love to see the Great Guy I Married snuggling 8 pounds of baby-love in his arms and I would love to teach C. how to be the rockin’-est big brother on the planet.  Or at least teach him that babies can’t play catch and not to throw his basketball at a baby.  I ache a little when I think there is someone that we haven’t met yet – and might never meet – who would be a perfect addition to our family.

Our family that functions on a carefully calibrated income:output ratio of cash.  Our family that has very little wiggle room left after paying for shelter, food, daycare, and utilities every month. We don’t take vacations, buy fancy stuff, or drive nice cars.  In short, our family that cannot function making less money than we make now and cannot take on any more major expenses. And daycare for a second child would be major.  How major?  Daycare in the DC area costs as much as tuition at a state university.  Only instead of having 18 years to put money away for it gradually, you have 16 weeks of maternity leave to figure out how to pay for it.

The logical next question is “Why work then?  Stay home with the kids and save all that money!”.  A lovely notion and one that I fantasize about, particularly during naptime on Sunday afternoons when I’m starting to gear up for the week ahead.  But it’s not an option because losing my salary would leave us unable to pay for  our mortgage unless we wanted to give up some luxuries like health insurance.  And food.

So, I squelch my desire for a second child and love the one I have as much as I possibly can and accept that things are the way they are and maybe they’ll change but if they don’t, my life does not suck. 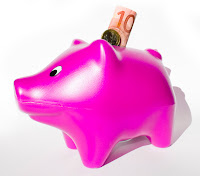 And then there’s Kourtney Kardashian.  Who is too stupid to use birth control and gets knocked up by her smarmy on-again-off-again boyfriend who’s always under suspicion for cheating on her and whoops!  Baby!  But l’il Kourt has bundles of money lying around so it’s no biggie.  Buy some swanky maternity duds, get your mom to decorate the nursery, and you’re good to go.  No crunching budget numbers, no weighing daycare options, no freaking out about what financially supporting a human life means for the humans you’re already supporting.

Why is an oops pregnancy not a problem to a shallow socialite who was ambivalent about kids but it would be an epic disaster for me?  Who let that happen? Because I think it stinks.

I know there’s no law saying life should be absolutely fair for everyone and I don’t have an absolute right to have everything I’ve ever wanted and I know I’m doing the right thing by holding off on a second child for now, and maybe forever, because I am unwilling to undermine the quality of life for the child I already have by taking on expenses we can’t afford.  But I reserve the right to hate on Kourtney.  And you should know that I’m doing it because I’m jealous of her.

← A Video About Getting Mammograms
Squeee! I’m up on A Parent in Silver Spring! →