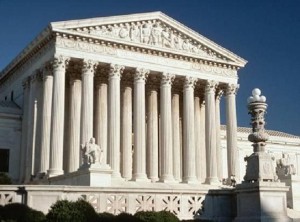 This is barely a post. It’s actually a really long Facebook update. But I don’t want to be silent and I don’t have much time so here you go.

Re: Hobby Lobby. As I understand it, the decision says that there are other means by which the government can provide contraception to citizens other than by mandate. Therefore, privately held companies whose owners have demonstrated religious objections can opt out of the contraception mandate (and only the contraception mandate) and the government can pay for contraception for their employees directly. This effectively puts Hobby Lobby in the same category as Catholic hospitals. The decision specifically says its doesn’t apply to publicly traded companies and companies cannot use this as license to use religion to withhold other medical coverage (vaccines, transfusions) or discriminate in hiring.

This looks like a slippery slope to me. Other corporations may try and carve out other exemptions from all sorts of laws. And there will likely be a flurry of suits picking at other ACA mandates. We need single payer health care and we need it now.

On a personal note, this is the end of my attempts to treat intrusive evangelical Christianity with goodwill. I cannot and will not tolerate a faction of people who believe their faith is so superior to other mindsets that they will force it on others. You can take your missionary bullshit and shove it. If you bring it near me or my kids, expect overt hostility.

← This Week In WTF: Not All School Shootings Are Equal According To CNN
On Religious Liberty and Civil Law →