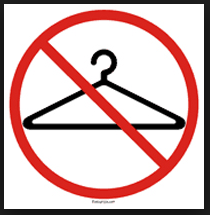 I’m flapping my hands and covering my face because there aren’t words. I mean, there are but writing “Fuck. Fuck! FUCKFUCKFUCKFUUUUUUUCCCCKKKKK!’ is beneath me. Instead, I wrote this at The Broad Side:

As they push bills into law to keep reproductive choices from women, they will tell us in the same breath that is not what they are saying and point, smugly, to drug store shelves with condoms on display and advise us that we do have choices. But they don’t press condoms into the hands of their male citizenry the way they press pamphlets filled with lies about the effects of abortion into our hands. The way they press ultrasound wands into our vaginas. It is only our sexuality that is under scrutiny.

They do not mandate counseling for men who impregnate women. They do not force them into rooms where counselors tell them some god is angry at them for spilling their seed before the optimal time for fatherhood. They do not spread lies about the effects of pregnancy and abortion on the male psyche. They do not require that men stare at images of fetuses before they are allowed to make decisions about their bodies, their futures. It is only women who are lectured and shamed.

Go on over to The Broad Side to read the whole thing and try to ignore the echoes in it from other pists I’ve written on the same topic because I have to keep writing about it as long as politicians keep turning back the clock on safe, legal abortion. I’ll probably be writing about this on my deathbed.

Also, here’s an amazing policy analysis of the kinds of TRAP laws Texas and Ohio are putting into place and the effects they have. Really illuminating.