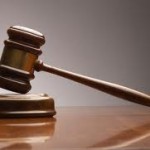 I sometimes like to fantasize about what life would be like if I ran the world. Then I think running the world is too big a job and I downgrade to just running the US. I’d be better at that than running the world because I speak the language and I can reach most of the country by car, though it would take a while. When I do allow myself to think about running the whole world, my main policy decision involves hard-labor camps for genocidal dickheads, where they would be separated from the rest of global society and fed nothing but a diet of food containing Olestra so they would be spend the rest of their lives with “anal leakage”. Doesn’t that idea just bring a smile to your face and make you wish Hitler was alive so you could see him shoveling muck in a pants-pooping internment camp? No? Just me then…

I have a lot more good policy ideas for how I would run things here at home. Well, “good” may be too strong a word. “Radical” might be better. “Batshit” might work too. Regardless, my plans starts with removing most of the white guys from government. Also, Clarence Thomas. I’m sorry white guys, I know you’re used to being in charge and you’ve been doing it for a long time, but you’ve gotten sloppy. You do dumb things like appoint Antonin Scalia to the highest bench in the land and he’s not totally sure women are people. He has to go and so does everyone who thinks his appointment was a good idea.  I’d like to replace white guys with women and minorities. Minority women are even better. And if you have a background in non-profit work rather than something involving skillions of dollars like corporate law or defense contracting? So much the better. People who’ve had to work hard to prove themselves, who have to make do with less than enough, and who have made a career of bringing projects in on time and under budget are the right people for the jobs in US government.

I’ll usher in the era of low-income government officials by taking money out of campaigning for office. For one thing, campaigns will only be 6 weeks long. These two-year approaches to presidential elections are stupid and boring and no one likes them. For another thing, campaigns will be publicly funded. No outside money at. all. All candidates would get the same amount of money, scaled to what office they were running for and how far they needed to go to reach everyone: e.g. Senate races would have higher price tags than House races because states are bigger than Congressional district most of the time.

I know the pundit-sphere will squawk about losing their favorite topic when campaigns get pared down to size. Or at least they will until they fall under another segment of my New World Order: the media won’t be able to do campaign analysis. Yes, that’s right. Beck, Olbermann, and all the others are not going to be allowed to sink their teeth into the idiodic minutia for campaigns the way hyenas slaver over rotting wildebeest carcasses. All they’ll be allowed to do is a read a laundry list of campaign schedules so people will know where their candidates will be doing appearances if they want to attend. Campaign events can be televised for those who can’t but they have to be aired commercial free, with no commentary. None. Not a word. No sensationalistic headlines. No people with perfect hair sitting at a desk deisussin every irrelevant point to death. No talking heads making “death panel” quips or “I am not a witch” harangues or “Joe the Plumber” references. Voters will have to listen for themselves and draw their own conclusions and candidate will have to speak to the people, not the 24-hour sound-byte factory. It will be awesome.

I know what you’re saying. You’re arguing that this violates the First Amendment and freedom of the press. I argue that the modern practice of the First Amendment is interfering with the rational application of  Articles Two and Three of the Constitution and, in my opinion, Articles trump Amendments. So nyah.

In my New World Order “Nyah” would be a legitimate reason for me making decisions and ending arguments. This World Order is going to rawk.

The last thing I’d do my in quest for government reform is make voting rights be a required lesson in every classroom in the country. It would be the first and last lesson of the year for students of all ages. From kindergarten to college, teachers would begin and end the year by saying “Remember, kids, if you’re a US citizen, you can register and vote the minute you turn 18. Don’t ever let anyone stop you.” I want that taught in every. single. class. because it’s the most important thing a citizen can know. Some of us will never use geometry or earth science but knowing abut our right to vote is really freaking important for everyone.

After I do all of that, I can settle back and watch the fruits of my labor bloom in America and spend my days watching the goons in the genocidal dickhead camps pooping in their pants. Because that’s what the good life is really all about.

← Letter to Michelle Obama After The Shootings In Arizona
Treats →

8 comments for “If I Were In Charge…”