For Sale (Or For Free) One larynx. Two years old.  In nearly mint condition.  Capable of high decibel, high-frequency noise emissions.  May violate FCC standards for acceptable volume of whining.

The whining has to stop.  Or I need to invest in the kind of ear-plugs guys who work on airport runways wear.

To get an alternate take on how to handle the whining I consulted a panel of experts.  Namely my book club.  All of us have 2 year olds at home, which is why we like to meet up periodically and drink and pretend like we’re going to talk about a book when everyone knows we’re just going to drink and talk about our kids.

“The whining!” I shrieked at them, gesturing with my second glass of wine. “What are we doing about the whining?”

“Oh, don’t answer to it.  Make him talk in a nice voice.  Don’t give him what he wants when he’s whining,” the Experts replied

“Yes, yes, ” I say a little wildly. “But… but what if we’re on metro?  And he wants another fruit roll-up?  And he’s whining?  And the train is full of other commuters with no toddlers?”

You’ve never seen an expert panel turn on a dime like they did. “Give him the fruit roll up! Wait, how long is your metro ride?  25 minutes?  Yeah, you have to give it to him.”

I swallow hard, nod, and ask for more wine.

Because the Experts agree.  Metro etiquette trumps operant conditioning.  I can’t refuse to acknowledge the whining because it will escalate and C. and I will be forcibly ejected from the train and left to stumble home on our own steam.  Instead, I must capitulate.  I must let him win.  I must teach him that where there is whining, there will be fruit roll-ups.  Or games on my iPhone.  Or his very own space ship.  Because he’ll start asking for bigger and bigger things knowing that he’ll get them as long as we’re on the metro when he asks. 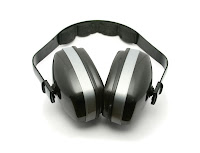 He. Will. Whine. Forever.

I know what I have to do.


Wanted: Some of those ear-plugs that the guys who work on airport runways wear.

4 comments for “As the Toddler Whines”