I have a BA in Theatre (useful, doncha think?  But college was soooooo fun for me!) and an MA in Arts Policy and Administration (the “policy” and “aministration” parts of that degree have been pretty handy, actually). I have over a decade of experience working in non-profits. I have been to seven countries outside of the US and 37 states within the US. I read lots of books, good and bad.  I listen to NPR.  I’m a smart, articulate, engaged adult…wait for it…who was woefully unprepared for motherhood.

On some level I think most people are woefully unprepared for parenthood, at least in modern times.  Maybe it was different back when multiple generations lived in the same log cabin and the older children cared for the younger children while the parents plowed fields, shot bears, and salted pork. But these days?  Unless you were a particularly prodigious babysitter in your teens or a member of the Duggar clan, you probably had scant experience in being around babies and small children.

It seems like there should be a way to study up and learn to be a good parent, which is probably why there are so many books of the What to Expect variety.  But those books basically just teach you how to keep your child alive.  They don’t get into the real nitty gritty of daily life as a parent and how to do it well.  So I present for your reading pleasure The Six Degrees Every Potential Parent Should Have Pursued If They Had Been Thinking Straight During College Instead Of Drinking Natty Lite And Declaring Majors Like Theatre. 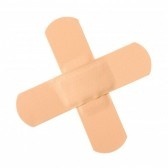 1) MD #1 – Emergency Medicine. From the first time your nip a finger while innocently trying to cut your infant’s nails to the time he does a Nestea plunge down the stairs, you will be on call to deal with accidents big and small.  Woulnd’t it be handy to know something more detailed than “apply pressure” and “honey, grab a bag of frozen peas so we can put this on our kid’s face and maybe prevent a Rocky-style shiner”?

2) MD #2 – Epidemiology. This degree would allow you to be able to calculate the incubation period of the Nasty Puking Bug that little Johnny came down with two hours after the playdate during which he and your child were both sticking the same plastic banana in their mouths. Knowing when to expect the vomit and preparing for it?  Worth the debt of medical school.

3) Engineering.  You will be putting things together.  Things way more complicated than an Ikea bookshelf. You need knowledge. You need training. And you need it before you open the box of the Kettler Trike. If you’ve never attempted to assemble one of these things,  all I’m going to tell you is that disassembled German engineering should never be placed in the hands of amateurs. Never. 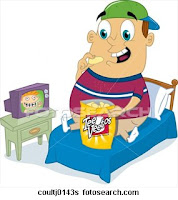 4) Nutrition. Is it ok for an 18-month-old to subsist on black beans and blueberries for a week?  Is a banana and black olives a sufficient dinner? Does broccoli still count as a vegetable if it’s smothered in ketchup? Should I be angry at my husband for letting our toddler have potato chips for breakfast? Is there any essential mineral in the dirt covering the fistful of snow my kid just ate so that I can feel ok about letting that happen? Inquiring parents want to know.

5) Conflict Resolution. You know why Madeleine Albright and Hillary Clinton rock it as Secretaries of State? Because they are moms.  They learned their negotiating skills over the train table where they, doubtless, brokered the Red Steam Engine Peace Accord after hostilities broke out during a failed attempt at Sharing.

6) Literature. It would be so nice to go into a bookstore with a working knowledge of what has actually been written for children instead of blindly grabbing any board book featuring Elmo and running for the register.

You know what degree you absolutely, positively DON’T need?  Early childhood development because apparently everyone you meet is a bona fide expert in that subject, which must be why the security guard outside daycare felt comfortable telling me C. no longer needed a binky once he learned to walk.

8 comments for “Six Degrees of Mommy”